The School Assembly of Senior School was held at the Palada campus on 28 January, 2011. The students were addressed by the Principal, Dr. P.C.Thomas. The following also attended:

The Assembly opened with the students singing the school song and the school prayer song. 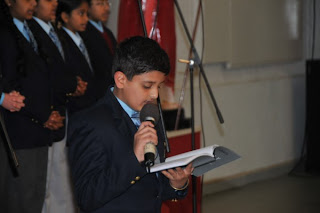 This was followed by

- Reading of the news by Joseph John Valiaveetil 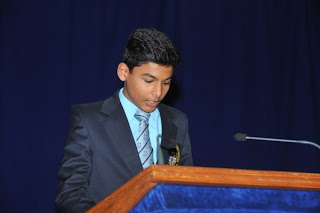 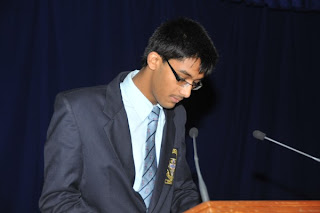 “A warm welcome and a very Happy New Year to all of you!

After winning several archery contests, a young man and rather boastful champion challenged a Zen master. The young man demonstrated remarkable technical proficiency. He hit the bull’s eye of a distant target and then with a second shot split the first arrow. “There!” he said to the old man, “see if you can match that!”

The Zen master who was renowned for his skill as an archer did not draw his bow immediately. He motioned the young archer to follow him up the mountain. Curious about the old man’s intensions, the champion followed him. Soon they reached a deep chasm, spanned by a rather flimsy and shaky log. Calmly stepping out onto the middle of unsteady and perilous bridge, the old master picked a faraway tree as a target, drew his bow, and fired a clean, direct hit. “Now it is your turn” he said as he gracefully stepped back onto the safe ground.

Staring in terror into the seemingly bottomless and beckoning abyss, the young man could not force himself to step out onto the log, let alone shoot at the target. “You have much skill with your bow,” the master said, sending his challenger’s predicament, “but you have little skill with the mind that makes you lose the shot.”

The power of the mind is something that sets us apart from the other living beings.

God created man and endowed him this powerful influencing force, the mind. But almost 95 per cent of the world’s population is simply indifferent to this phenomenal power.

Take the case of a typical individual. He or she matures at the age of sixteen, by twenty one, finishes studies and takes up a job. Working from Monday to Friday, week after week, year after year until one day, he or she is given a gold watch and made to retire. So, at the age of 65, one is either dead of dead-broke.

However, there are people who become successful, some of them make millions and others leave a mark of their own. How does that happen?

Although we are born equal, our dreams and the ability to sustain those dreams are different. More often than not, as an individual approaches late teens, he stops believing in his dreams.

Ask a ten year old about his ambition in life. He will tell you amazing things that he would like to do. Ask the same question to him at the age of eighteen. He will tell you everything that he cannot do. A young child who had many goals, wishes, dreams and expectations, finds most of them out of reach by the time he barely crosses over to adulthood.

As we grow old, our belief in our dreams weakens. By the time we are forty-five, chances are that we would not be financially free, totally satisfied and one hundred percent content with life.

So if you believe that you will be successful, financially or otherwise, then you will be.

What happens is that people put a limitation on what they believe they can do, and what they cannot, what is possible and what is impossible. But they forget that belief can make anything possible. We possess the most powerful and positive machine in the world, the mind. Most of us do not have a clue how to use it, so here is an insight into how it works.

You can use you subconscious mind to achieve, quite literally, the impossible. The first step towards doing this is through imagination, or the power of visualization. Visualization is a process which helps you aim at and achieve whatever you want to achieve money, happiness, a powerful relationship, a good friendship-anything you want! Visualize your goal as a target. Then focus on it and hit the target! Barriers exist only in the mind and power to transcend them also lies in the mind.”


The Principal in his address welcomed all the students and staff to the new term. He emphasized that all the students should study well and also enthusiastically participate in games and other co-curricular activity. He encouraged the staff to pay individual attention to all the needs of the children.

The Principal informed all present that prefects and other appointments will only be conferred on students who do well in academics.

He also informed everybody of the important events which will be held in the term.

He encouraged the students to approach their teachers / tutors / coordinators for additional help in order to excel in academics.

He appreciated the students on their good turn out, in particular the new students who were also kitted in their uniform.

The Principal referred to President Obama’s recent State of the Union Address, quote “Future is not a gift, it is an achievement”, unquote. The Principal informed all that excerpts of this speech will be made available to all students. 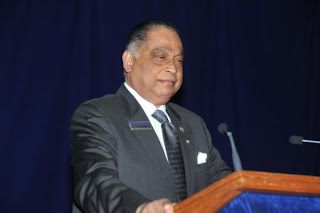 The Principal’s speech was followed by a prize distribution ceremony, wherein the achievers of the Nilgiris District Swimming Championship, held at Kotagiri Public School, were awarded certificates. 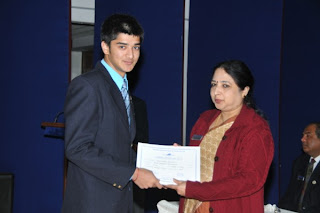 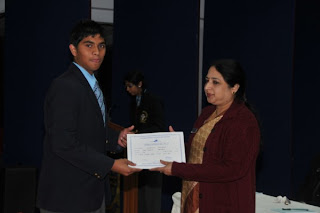 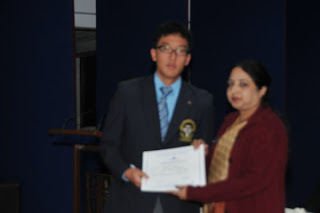 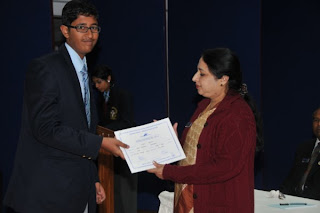 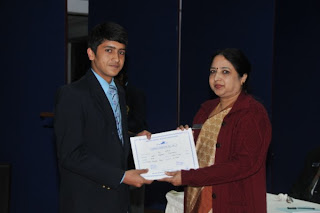 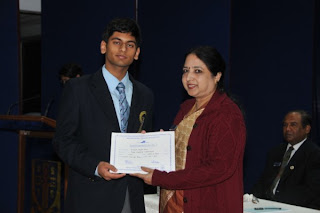 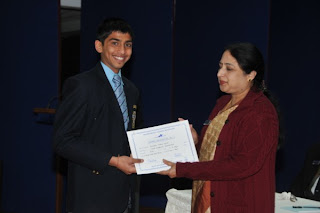 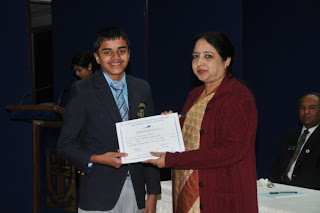 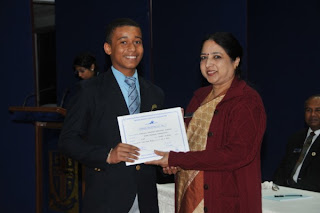 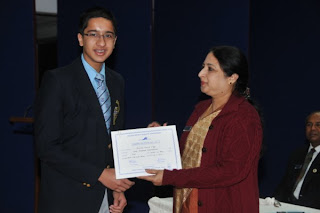 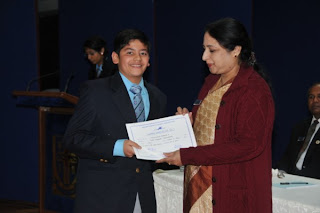 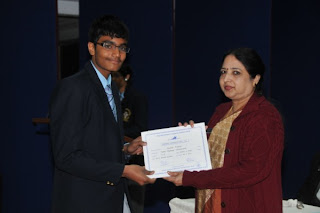 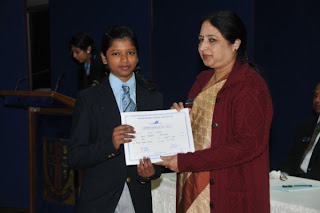 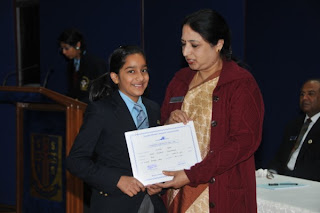 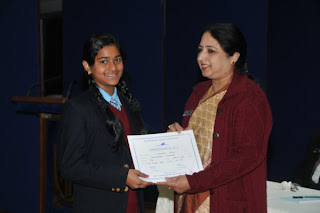 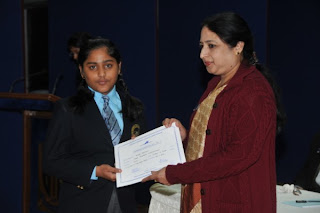 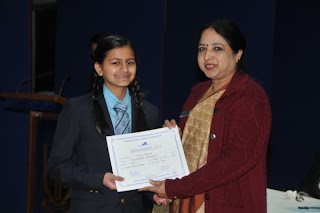 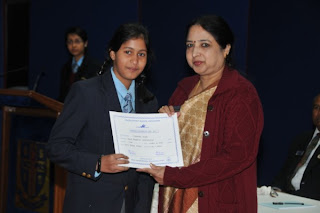 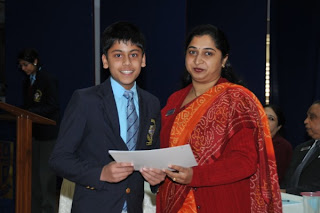 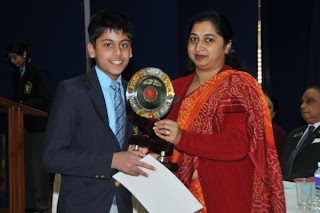 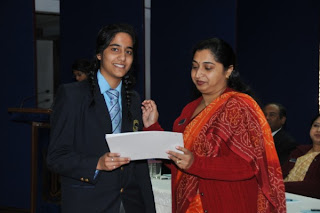 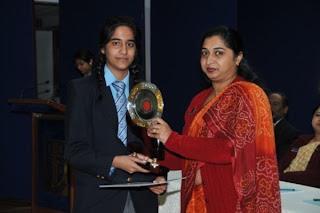 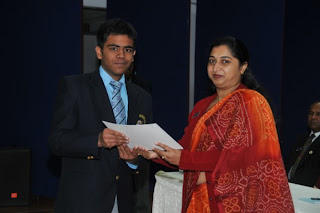 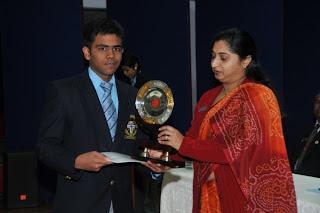 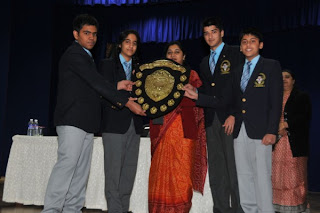 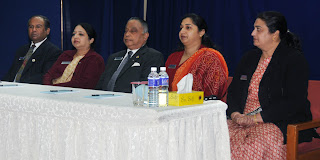