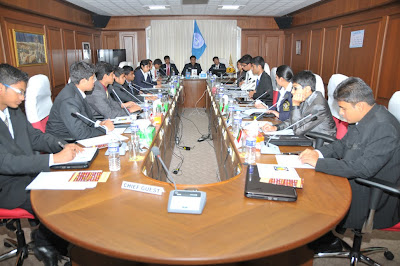 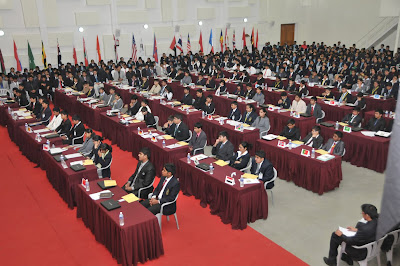 Students of the Good Shepherd International School participating in a Model United Nations Assembly at M.Palada near Ooty on Saturday. Photo: Special Arrangement

A Model United Nations Assembly conducted over three days by the students of the Good Shepherd International School (GSIS) concluded at M. Palada near here on Saturday.

The theme for this year's annual exercise aimed at familiarising the students with the functioning of the World body and keeping them abreast of current affairs was ‘Global Economic and Political Stability'.

The delegates (students) deliberated on the current debt crisis and political instability in various countries. GSIS Founder-Principal P.C. Thomas told The Hindu that sessions on the Economic and Social Council (ECOSOC), Economic and Financial Affairs Council (ECOFIN), Human Rights Commission (HRC) and the General Assembly formed part of the meet.

The students represented various countries in different wings of the UN General Assembly as Presidents and Prime Ministers.

The forum provided an opportunity for them to ponder over problems confronting the world and suggest resolutions which can help resolve grave and pressing issues.